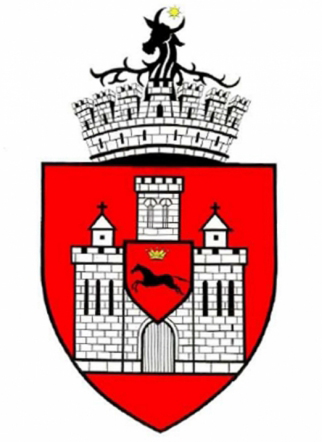 Iași also referred to as Jassy or Iassy) is the second largest city in Romania, and the seat of Iași County. Located in the historical region of Moldavia, Iași has traditionally been one of the leading centres of Romanian social, cultural, academic and artistic life. The city was the capital of the Principality of Moldavia from 1564 to 1859, then of the United Principalities from 1859 to 1862, and the capital of Romania from 1916 to 1918.

Known as The Cultural Capital of Romania, Iași is a symbol in Romanian history. The historian Nicolae Iorga said “There should be no Romanian who does not know of it”. Still referred to as The Moldavian Capital, Iași is the main economic and business centre of the Moldavian region of Romania. In December 2018, Iași was officially declared Historical capital of Romania.

Home to the oldest Romanian university and to the first engineering school, Iași is one of the most important education and research centres of the country, and accommodates over 60,000 students in 5 public universities. The social and cultural life revolves around the Vasile Alecsandri National Theater (the oldest in Romania), the Moldova State Philharmonic, the Opera House, the Iași Athenaeum, a famous Botanical Garden (the oldest and largest in Romania), the Central University Library (the oldest in Romania), the high quality cultural centres and festivals, an array of museums, memorial houses, religious and historical monuments. The city is also known as the site of the largest Romanian pilgrimage which takes place each year, in October

Major events in the political and cultural history of Moldavia are connected with the name of the city of Iași. The great scholars of the 17th century, Grigore Ureche, Miron Costin and later Ion Neculce, wrote most of their works in the city or not far from it and the famous scholar Dimitrie Cantemir known throughout all Europe also linked his name to the capital of Moldavia.
The first newspaper in Romanian language was published in 1829 in Iași and it is in Iași where, in 1867, appeared under literary society Junimea, the Convorbiri Literare review in which Ion Creangă’s Childhood Memories and the best poems by Mihai Eminescu were published. The reviews Contemporanul and Viața Românească appeared in 1871, respectively in 1906 with great contributions to promoting Romanian national cultural values.Many great personalities of Romanian culture are connected to Iași: the chronicler Nicolae Milescu, the historians and politicians Mihail Kogălniceanu and Simion Bărnuțiu, the poets Vasile Alecsandri and George Topârceanu, the writers Mihail Sadoveanu, Alecu Russo, and Ionel Teodoreanu, the literary critic Titu Maiorescu, the historian A.D. Xenopol, the philosophers Vasile Conta and Petre Andrei, the sociologist Dimitrie Gusti, the geographer Emil Racoviță and the painter Octav Băncilă, only to name a few.
Iași is home to many museums, memorial houses, art galleries.
First memorial museum from Romania opened in Iași in 1918, as the Ion Creangă Memorial House, and today the Iași Romanian Literature Museum owns fourteen memorial houses. The Mihai Eminescu Museum, situated in Copou Park, is dedicated to the great poet’s life and creation; other museums are dedicated to: Dosoftei, Mihail Kogălniceanu, Vasile Pogor, Nicolae Gane, Petru Poni, Mihai Codreanu, Mihail Sadoveanu, George Topîrceanu, Otilia Cazimir, Radu Cernătescu, Cezar Petrescu, Dimitrie Anghel.
The Theatre Museum, opened in 1976, at the celebration of 160 years since the first theatrical performance in Romanian, illustrates the development of the theatrical phenomenon since the beginning, important moments of the history of Iași National Theatre, the foundation, in 1840, of the Philharmonic-dramatic Conservatoire, prestigious figures that have contributed to the development of the Romanian theatre.
The Union Museum, includes original pieces and documents which belonged to prince Al. I. Cuza and his family.
The Natural History Museum, founded on 4 February 1834, is the first museum of this kind in Romania with over 300,000 items, the most valuable being the collections of insects, mollusc, amphibians, reptiles, birds, plants and minerals.
Four other museums are located in the Palace of Culture: with its roots dating back to 1860, the Iași Art Museum is the oldest of its kind in Romania,[65] and, with more than 8,700 works (many of them belonging to the universal patrimony), has the largest art collection in the country; the Moldavia’s History Museum, offers more than 48,000 objects from various fields, archaeology, numismatics, decorative art, ancient books, documents; the Ethnographic Museum of Moldavia owns more than 13,000 objects depicting the Romanian advance through the ages; the Science and Technology Museum’s collection has more than 11,200 objects in five distinct sections and one memorial house.
The Vasile Alecsandri National Theatre, opened in 1840, is the first National Theatre in Romania. The building, designed according to the plans of the Viennese architects Hermann Helmer and Ferdinand Fellner, was raised between 1894 and 1896, and also hosts, starting 1956, the Iași Romanian National Opera.

The first institute of higher learning that functioned on the territory of Romania was Academia Vasiliană (1640) founded by Prince Vasile Lupu as a “higher school for Latin and Slavonic languages”, followed by the Princely Academy in 1707.
The first high education structure in Romanian language was established in the autumn of 1813, when engineer Gheorghe Asachi laid the foundations of a class of engineers, its activities taking place within the Greek Princely Academy
After 1813, other moments marked the development of higher education in Romanian language, regarding both humanities and the technical science. In 1835, Academia Mihăileană founded by Prince Mihail Sturdza is considered first Romanian superior institute in the country.
Faculty of Electrical Engineering, Gheorghe Asachi Technical University
In 1860, three faculties part of the Academia Mihăileană formed the nucleus for the newly established University of Iași, the first Romanian university.
The Physicians and Naturalists Society, founded in Iași, has existed since the early part of the 19th century, and a number of periodicals are published. One of the oldest medical universities in Romania, founded in 1879, is located in Iași. It is now known as the Grigore T. Popa University of Medicine and Pharmacy.
In 1937, the two applied science sections of the University of Iași became departments of the newly created Gheorghe Asachi Polytechnic School. In the period before and after World War II, the later (renamed Polytechnic Institute in 1948) extended its domain of activity, especially in the field of engineering, and became known as Gheorghe Asachi Technical University in 1993.
Public universities include:
University of Medicine and Pharmacy
Alexandru Ioan Cuza University- situated in Copou, is the oldest higher education institution in Romania;
Gheorghe Asachi Technical University – the school with the oldest engineering tradition in Romania;
Grigore T. Popa University of Medicine and Pharmacy – one of the oldest medicine schools in Romania;
George Enescu National University of Arts – the oldest tradition in music and arts education in Romania;
Ion Ionescu de la Brad University of Agricultural Sciences and Veterinary Medicine – one of the oldest schools of its kind.
There are also some private higher education institutions including Petre Andrei University, the largest private university in the historical region of Moldavia.
The Central University Library of Iași, where the chief records of Romanian history are preserved, is the oldest and the second largest in Romania.
As of 2016, Iași has 74 public schools, coordinated by the Iași County School Inspectorate. The city is also home to 19 private schools.
Notable high schools:
Iași National College (1828)
Costache Negruzzi National College (1895)
Mihai Eminescu National College (1865)
Vasile Lupu Pedagogical High School (1855)
Emil Racoviță National College (1964)
Iași Science Festival is a week long festival organised every year in April (starting 2013) for high school and grade school students to get be able to observe and take part in scientific experiments and be given detailed tours of the scientific and technical universities and research labs in Iași. Over 200 experiments were performed and over 10,000 students took part in the 2014 edition, from throughout the Moldavia region.